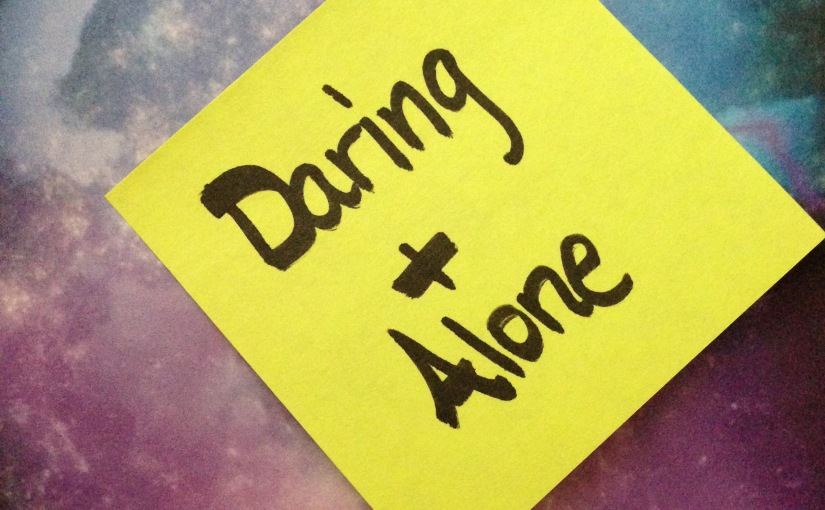 Thea tossed her notes aside and wiped her sweaty forehead as irritation resurfaced.

“Why can’t I figure this out?”

She walked toward the panel once more, releasing a sigh. Each button flickered it’s respective color as the machine beneath her functioned flawlessly. Thea removed the manual from the shelf and walked toward the simulator. Flipping through the information, she searched for additional tips and tricks.

After a few moments of reading, her nerves began to settle, and the confidence returned.

“I can do this,” she reasoned as she collected her scattered papers. Taking a slower breath, she closed her eyes and allowed herself to forget the failure of her previous attempt. She opened the book to the correct page and set her notes back in order.

Thea glanced around at her surroundings before stepping toward the monitor. With everything seemingly in place, she decided it was time.

The computer flickered for a moment then the monitor adjusted to the flying mode from before. “Program 5-9-3 initiated. The sequence will begin in 10, 9, 8…”

Thea’s heart began to pound. She could feel each nerve go on edge as the countdown continued.

She opened her eyes then focused on the panels. Everything read correctly as the numbers on each gauge lit up and after a few more moments, the phase completed. “That wasn’t so hard.” Her voice strengthened as the first phase came and went. With the second phase, she noticed that particles began to appear on the screen. Without hesitation, she guided the ship through them and once more, finished a level. Thea’s concentration enhanced with each step as she finished another set of scales with ease.

Hours past and the asteroid phase began. Thea took a deep breath but pushed through, refusing to let her fear take over. This time, the flashing red lights disappeared, and she successfully passed through the storm.

The voice came from behind her.

Thea stopped, frozen for a moment as she realized that she was no longer alone. The simulator continued, and she noticed a planet in the far right side of her screen.  “Computer, pause program.”

A whirring sound rang out as the computer confirmed the request. “Program, Sequence 5-9-3 paused on phase 26.”

After confirming that the program was on pause, Thea turned toward the intruder. With a raise of her eyebrow, she considered her words carefully.

“Promethia, to what do I owe the pleasure?”

Promethia’s cardinal red hair billowed down her radiant face as she smirked at Thea. “As if you don’t already know.” Her complacent nature reverberated with her words as she adjusted her stance. Taking a few more steps toward Thea, Promethia positioned herself to watch the simulator. “Shall we continue?”

Thea glanced from the simulator back to Promethia. “We? I believe this is my practice session. Kindly find your way out the same way you came in.”

Promethia threw her head back with a cackle. “My darling Thea. You’ll always practice. Practice, practice, practice.” Lifting a finger to her chin, she frowned at the first mate. “Never to truly run the ship. Wouldn’t it be a shame if I got to take your place?”

Will Thea run the simulator with Promethia in the room?

(Search for another Green post-it.)

Will Thea leave the room to attend to her other duties passing on a response to Promethia’s taunts?

(Search for the Yellow post-it.)

Hey, I'm Shay, a lover of movies and great books. My super power is sarcasm. View all posts by Shay